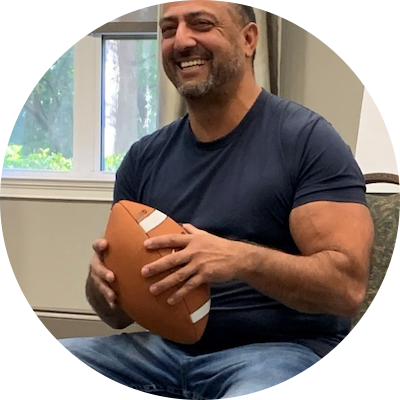 Humanitarian, Business Leader, Award Winning Social Innovator, Professional Development Pioneer, and World Record Breaker; these are some of the words often used when referring to Ian Hill. Whether running a multi-million-dollar business operation with over 1000 employees or spearheading first-of-their-kind life-changing community projects, Ian Hill is recognized for being a catalyst for positive change throughout the world.

Today, Ian is CEO of the National Grassroots Media Corporation and its family of networks. These Digital TV and Radio networks reach 185 million households across the US and 3.1 billion mobile devices around the world.

Ian is also a professional development expert who launched one of the most innovative professional and personal development models ever created.  From the use of live video streaming starting as early as 2010, to a proprietary behavioral change model that helps participants maximize their potential personally and professionally, whole cities and major corporations have participated in his programs and benefited from demonstrated, quantifiable, and lasting change.

Currently, Ian is attempting to set another world record by becoming the oldest man to play college football. The effort is to save lives by de-stigmatizing mental health for men, as middle-aged men are 70% more likely to commit suicide than any other segment of the population, as well as introducing them to partner programs that will provide meaningful information and tangible tools that foster mental wellness, resiliency, and strength. Ian has partnered with the #1 long-snapping coach in the nation to achieve the record and already has interest from several top colleges.

Ian is also known for his humanitarian effort, “Let Them Be Kids”, of which he is the founder and volunteer CEO. This first-of-its-kind initiative builds playgrounds in areas of extreme need. “Let Them Be Kids” has impacted over 170 communities across North America and as far away as Africa. The World Leisure Congress named the Let Them Be Kids program one of the foremost innovative social leisure programs in the world.

The National Council for Community and Justice and the Martin Luther King, Jr. Commission, recognized Ian for his commitment to positive change, by naming Ian Humanitarian of the Year. The Stand for Children Organization named Ian its Child Advocate of the Year.